The History of Masteries...

Kooralbyn is now famous for its Mastery programs...but where did the idea come from?

A problem creates a benefit: Traditionally, private schools schedule their co-curricular activites before and after school and on weekends. However, given the high proportion of Kooralbyn students who travel on buses from all over the region to attend the school, the before and after school option was never viable for our school. (At 3,640 sq km in 2016, Kooralbyn's day-student catchment area was defined as one of the largest in the country, with students travelling from the Browns Plains and Logan Village areas in the north, to Aratula and Moogerah in the west, Canungra and Clagiraba in the east and the New South Wales border region in the south),

So, the school had three options to consider...

Though it was difficult to coordinate the structural changes to timetables, which involved the use of Block Timetables, a reduction in the number of core subjects our Grade 11 and 12 students were required to undertake and the integration of additional qualifications associated with our co-curricular programs, the school chose Option 3 and in doing so, a 'perfect storm' type benefit suddenly apppeared...

First, the school could take advantage of some of the amazing natural advantages of its region, like the internationally acclaimed Kooralbyn Valley Golf Course, the excellent equestrian, tennis and hospitality facilities provided by the local Kooralbyn Resort which were often under-utilised during school days.

Secondly, converting our co-curricular activities to all-day programs, attracted not only students from around the country and indeed around the world who were dedicated and passionate about the relevant sport or artistic discipline but also, attracted coaches, instructors and trainers who wanted an opportunity to work with those same students.

Thirdly, once you had gathered together dedicated students and coaches/teachers, all manner of good things started to emerge...like healthy competition within the group which raised standards and outcomes; the opportunity for the school to justify greater investment into facilities and resources that would benefit each program; as the school's students began to win more and more accolades, news of the school's programs (called Excellence Programs by the original school) spread which again, attracted a higher standard of applicant into the respective programs and the positive cycle continued. 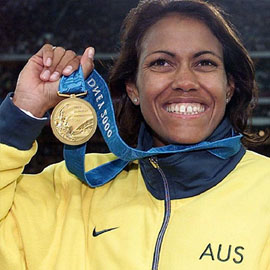 Olympian, OAM, Australian of the Year 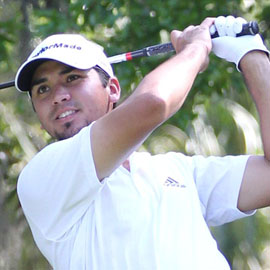 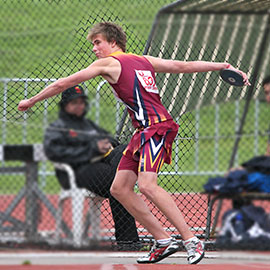 As the school's co-curricular activities morphed into all day Excellence Programs back in the 90's and 00's they were still (like traditional co-curricular activities offered by many schools) optional programs, meaning that students were NOT required to participate in them. Indeed, in the early days, there were only a handful of programs being offered by the school... golf, equestrian, cricket...and less than half of all high school students were involved in them. These Excellence Programs often included weekend sessions for competitions or additional after-school training, which was not always available for all students, based on where they resided, etc.

Development of the modern Mastery Program:

As the school began to grow around 2010, there was a sense that there were appearing to be two types of students emerging in our high school... those who were involved in an Excellence Program and those who were not. This two-tier situation was beginning to take on some characteristics that the school board were not keen to progress. Indeed, the notion was introduced of making scaled-down Excellence Programs (called Friday-Only Mastery Programs) compulsory for ALL our high school students. The list of programs was quickly expanded to include a wide range of callings and disciplines not only in sports and artistic areas but also academic and vocational areas. The modern Mastery Program was born.

In 2018 the school's old Excellence Programs were restructured into Private Mastery programs for those families who still sought a more extensive program that included weekends and some after-school contact, but the school-provided mastery programs lost their 'Friday-Only' tag and just became 'Mastery Programs'.

Since all Kooralbyn high school students are now required to spend their Fridays in one of our dozen School-based Masteries including (in Grades 9-12) an SBT (School-Based Traineeship or Apprenticeship), the cost of Masteries has now been absorbed into the school's normal tuition fees for local Australian students. (International students are still required to pay additional fees and charges to participate in the school's Masteries.)